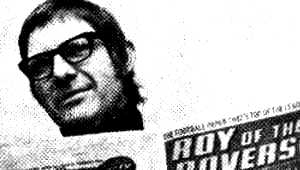 Tom Tully, who died in 2013, was a British comics writer who was born in Glasgow. He was the longest-running writer of Roy of the Rovers. According to comics historian Steve Holland, Tully was "arguably the best comic-strip writer of the 1960s," as "the level of invention in Tully's writing was astonishing and the characters he helped to create were among the most memorable" (Judge Dredd Megazine #386). His oeuvre (some of it) is as follows:
Retrieved from "https://britishcomics.fandom.com/wiki/Tom_Tully?oldid=109162"
Community content is available under CC-BY-SA unless otherwise noted.