The Robot Builders was a strip which ran in Tiger and Hurricane in 1967, drawn by Ron Turner, concerning the Arrow family who built advanced robots and vehicles (including the rocket Arrow One and the flying saucer Arrow Four) at their hidden undersea base to tackle natural disasters or other situations which threatened the world. They bore a strong resemblance to Gerry Anderson's Thunderbirds, though with an added annoying cuteness factor provided by the diminutive robot 'Eggy'.

Several Robot Builders stories were edited together in the 1982 Starlord Annual. 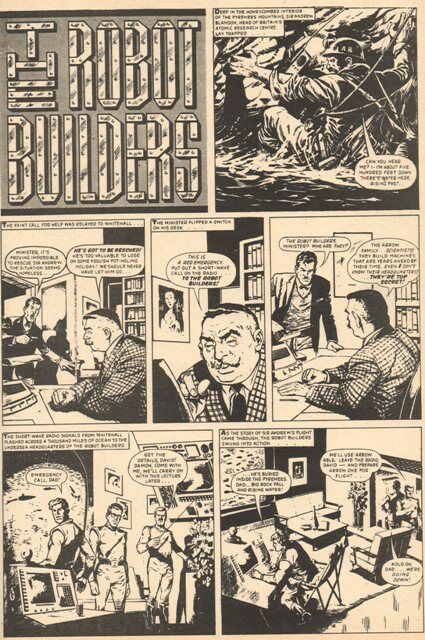