Star Wars Weekly Vol 1 was launched by Marvel UK on 8th February 1978, in order to capitaize on the success of the first Star Wars movie (two Star Wars Treasury Editions containing the Marvel comics adaptation of the movie in colour had already been released in Britain). The first issue, as was traditional at the time, carried a free gift: a cut-out Star Wars X-Wing Fighter, while issue #2 carried a free cut-out Imperial TIE Fighter. Like all Marvel UK titles at the time, Star Wars was an anthology; the lead strip (of course) was Star Wars (beginning with a serialization of the movie adaptation and continuing from #13 with new, Marvel US originated adventures of Luke Skywalker and Company), backed up by Marvel reprint strips including Tales of the Watcher (old fifties and sixties one-off science fiction strips), Star Lord (from #15), Adam Warlock (from #45), The Micronauts (from #51; the Micronauts would later move on first into Star Heroes and later Future Tense), Guardians of the Galaxy (from #70) and Deathlok (from #89).

In issue #94, the first of several stories began which, though created in the US (and mostly drawn by regular series artist Carmine Infantino) were only published in the British weekly. The majority of the issues between #94 and #115 contained these 'exclusive' stories, which were not reprinted in the US until years later. The stories were The Way of the Wookie (issues #94-96), The Day After the Death Star (#97-99), The Weapons Master (#104-106), World of Fire (#107-109), The Word for World is Death (#110-112) and The Guardian of Forever (#113-115). Additionally, the weekly also reprinted the (until then) never completed story The Kingdom of Ice, originally published in the US in Pizzazz magazine, and finally published the previously unseen final chapters (issue #60).

The Empire Strikes Back and Star Wars Monthly

With issue #118 (29th May 1980), the title was changed to 'The Empire strikes Back' and the comics adaptation of the second movie began to appear; this ran until #138, with a break in #135, which also introduced new backup strip Killraven (see Apeslayer). Issue #139 (23rd October 1980) was the last weekly issue, the title becoming a monthly with #140. The title reverted to simply 'Star Wars' soon afterward, with Rom: Spaceknight briefly serving as a back-up feature. The original Star Wars movie adaptation was also reprinted as a back-up.

In issue #149 (September 1981), the first UK originated Star Wars strip appeared:'Death Masque' by Steve Moore and John Stokes. Then in #151 came 'The Pandora Effect', by Alan Moore & Adolfo Buylla, while #153 gave us 'Dark Knights' Devilry' by Steve Moore and Alan Davis. Four more Alan Moore scripted backup strips appeared in #154-156 and #159 ('Tilotny Throws a Shape' in #154, 'Dark Lord's Conscience' in #155, 'Rust Never Sleeps' in #156 and 'Blind Fury' in #159; Alan Davis drew #156) while 'Flight of the Falcon' by Steve Parkhouse appeared in #157. The original series ended with #171 (dated July 1983, but issued in June). All but one of these strips were reprinted by America's Dark Horse Comics in 1996 in the two part limited series Classic Star Wars: Devilworlds. Death Masque was omitted from the reprints, however. Death Masque, The Pandora Effect, Rust Never Sleeps and The Flight of the Falcon were also reprinted in Star Wars Summer Special Vol 1 1.

Return of the Jedi

The series was relaunched as 'Star Wars: Return of the Jedi' (beginning with the movie adaptation and then, as before, continuing with reprints of the Marvel strip) on 22nd June 1983 and ran for a further 155 issues in this format until 31st May 1986, when it was cancelled and the Star Wars strip moved into the pages of Spider-Man and Zoids. ROTJ also featured the misadventures of Cyril, the titles fictional robot editor. 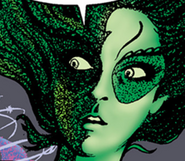 Wutzek
Add a photo to this gallery
Retrieved from "https://britishcomics.fandom.com/wiki/Star_Wars_Weekly?oldid=157899"
Community content is available under CC-BY-SA unless otherwise noted.