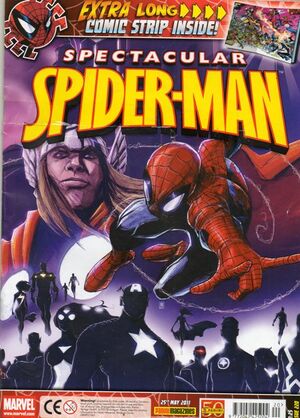 Appearing in "End of Days"

Synopsis for "End of Days"

The Enchantress and her Asgardian armies invade Earth, but are opposed by the massed ranks of its heroes.

Retrieved from "https://britishcomics.fandom.com/wiki/Spectacular_Spider-Man_Vol_1_220?oldid=142724"
Community content is available under CC-BY-SA unless otherwise noted.