Space Girls was arguably one of the least popular series ever to run in 2000 AD. It was created by Jason Brashill and former 2000 AD editor David Bishop, written by John Tomlinson and coloured by Dondie Cox. Originally running from 2000 AD prog 1062 to 1066, the strip was a rather clumsily executed parody of then popular girl band the Spice Girls, concerning the misadventures of five artificially created women manufactured to service the perverse desires of 'intergalactic scumbag' Bazzajan Quilty after they escaped their creator, who subsequently put a price on their heads.

The five Space Girls were:

The girls were supposedly intended to represent 'girl power', but were almost universally hated by the readership, with Wide Open Space in particular enraging female fans who saw her as a stereotypical insult to womanhood. Which she was.

Tomlinson does not have fond memories of his time writing the strip: "I'd always thought you can make anything work if you're a good enough writer. But it didn't work, it really didn't. Space Girls lay on the page, coughing blood. The best thing about it was Jason's art, which made it look a lot better than it was." (Thrill-Power Overload by Bishop.)

The Space Girls had a one-panel cameo in 2000 AD prog 2000 (published September 2016). They were drawn by Colin MacNeil and described by Tharg as one of the strips "we tend to gloss over nowadays." 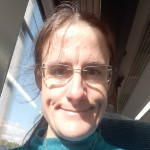