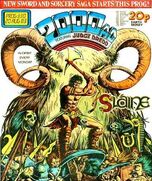 Sláine's first appearance was on the cover of 2000 AD prog 330, by Angie Kincaid

Sláine's first great battle on the cover of 2000 AD prog 332, by Massimo Belardinelli 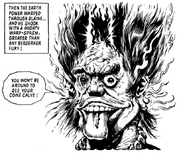 Sláine vs the Broch Demon in 2000 AD prog 333, by Massimo Belardinelli 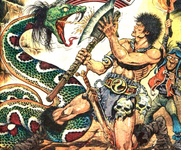 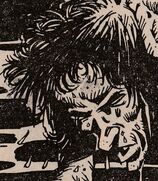 Sláine with his axe Brainbiter 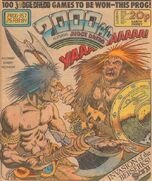 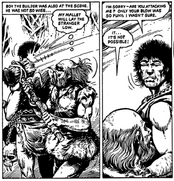 Sláine and his sword Bloodprow 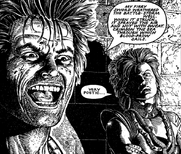 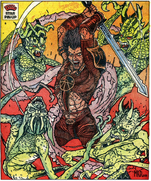 Sláine versus The Taurus Minotaur

Sláine is tasked with the best job ever 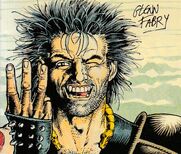 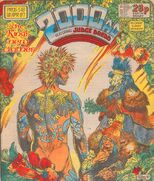 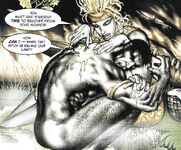 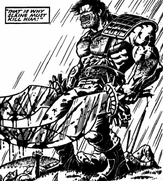 Warped Sláine at the battle of Clon-Taff

Sláine and his goddess 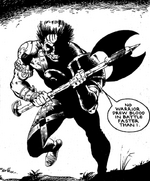 Boasting of his prowess

Nest and Sláine embrace as Ukko looks on in disgust

Niamh and Sláine are reunited 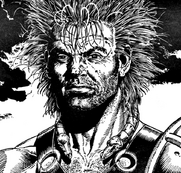 Sláine making merry with his friends 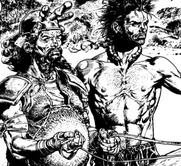 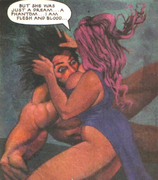 Sláine is taken by surprise 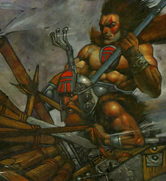 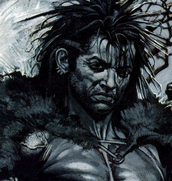 Sláine by Clint Langley
Add a photo to this gallery
Retrieved from "https://britishcomics.fandom.com/wiki/Sl%C3%A1ine_MacRoth/Gallery?oldid=95935"
Community content is available under CC-BY-SA unless otherwise noted.