Rom was originally an action figure created by Palitoy in the late 1970s and marketed in the UK as part of their Action Man line, an ally of the Action Man Space Ranger. The armoured, apparently alien Rom was picked up as a licensed character by America's Marvel Comics Group and given a complex backstory that revealed him to be a cyborg Spaceknight from the planet Galador engaged in an ongoing quest to defeat the sinister, shapechanging Dire Wraiths who had invaded Earth. His US Marvel series outlasted the actual toy by several years.

The only UK-originated Rom strip is the one below, a promotional ad strip for the toy published in 1980 which ties in to the Action Man line (see Action Man Promotional Strips) which conspicuously does not refer to any of Rom's backstory. The American Rom series, however, was reprinted in part in various Marvel UK titles including Forces in Combat, Future Tense and the 1982 Rom Summer Special.

Quote of the strip: "Two gongs!! These beings are evil!" 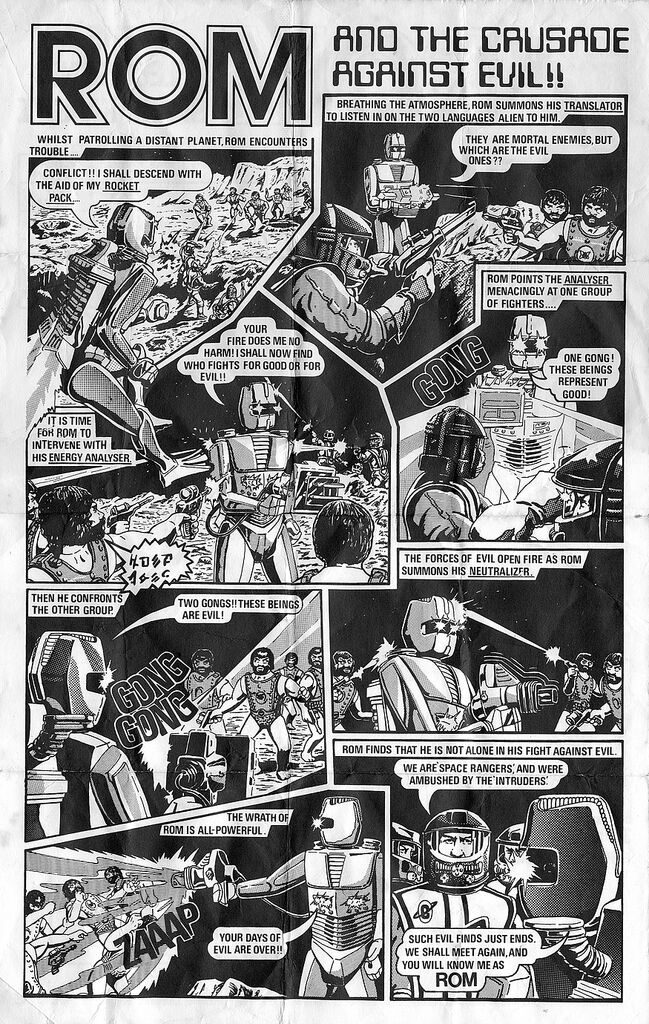 Retrieved from "https://britishcomics.fandom.com/wiki/Rom?oldid=124919"
Community content is available under CC-BY-SA unless otherwise noted.