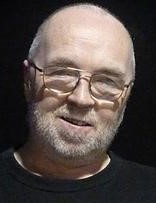 Michael McMahon (generally known as either Mick or Mike) is a comic artist best known for his work on 2000 AD, notably on Judge Dredd, Sláine, Ro-Busters, ABC Warriors and The V.C.s. He was the first artist to draw a published Judge Dredd story (though he did not design the character; that was Carlos Ezquerra) and also drew much of the epic Dredd saga 'The Judge Child Quest', as well as the first two episodes of 'Block Mania', the prequel to The Apocalypse War. He was originally scheduled to draw all of 'Block Mania', but had trouble keeping to the tight deadlines because the story involved drawing literally hundreds of rioting citizens.

Leaving 2000 AD in the early eighties after a stint on Sláine, McMahon briefly contributed to the Doctor Who strip in Marvel UK's Doctor Who Monthly before returning to Sláine in 1983. In 1984, he dropped out of sight (partly due to illness) but returned to comics in 1991 working for the Epic Comics imprint of Marvel US on the limited series The Last American by John Wagner and Alan Grant. He has worked intermittently in both British and American comics, including Batman, Toxic!, Tank Girl, Starblazer, Sonic the Comic, and the occasional return to 2000 AD, his style evolving and changing continually as the years pass.


Retrieved from "https://britishcomics.fandom.com/wiki/Mike_McMahon?oldid=144974"
Community content is available under CC-BY-SA unless otherwise noted.