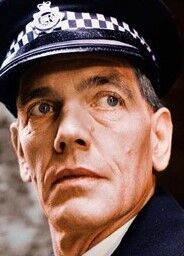 Gustave Lytton was a mercenary from the planet Rifton Five, whose colourful life eventually led him to Earth. He clashed at least twice with the renegade Time Lord known as The Doctor, and once worked for the Daleks.

Lytton is a character from the Doctor Who universe. His creator, former Doctor Who script editor Eric Saward, began chronicling his earlier life in comics form in 2020, thirty-five years after his on-screen death.

Retrieved from "https://britishcomics.fandom.com/wiki/Lytton?oldid=157945"
Community content is available under CC-BY-SA unless otherwise noted.