Laser Eraser was a humour strip about Ernie, a kid who found a hand-held laser device originally belonging to an alien called Splod, which could temporarily erase any object he zapped it with by (unknown to Ernie) transporting it to Splod's orbiting spacecraft; another function of the device would return the item. The strip, originally by Robert Nixon and later Rob Lee, ran in IPC's Jackpot title from #1 to its final issue (1979-1982), including a lengthy spell on the (colour) back cover. It later moved into the pages of Buster. 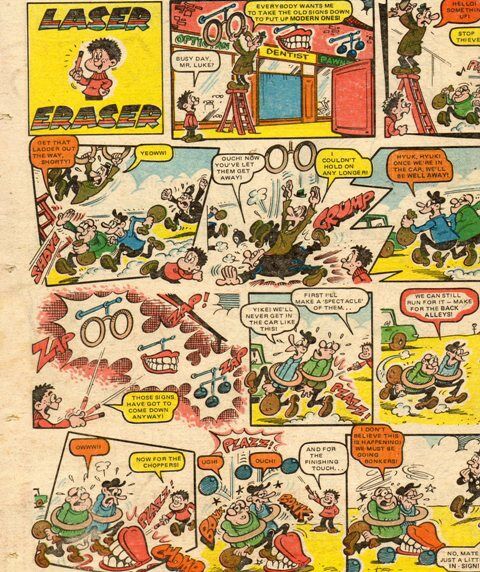