The Knights of Pendragon were a team of heroes (created by Dan Abnett, Gary Erskine and John Tomlinson) who starred in their own title published by Marvel UK from 1990-1993. Their original series ran for eighteen monthly issues from July 1990, with Kev Hopgood drawing issues 7 and 8. It was printed on Scangloss environmentally-friendly paper, as befitted the ecological message of the series: essentially, it was about a group of sometimes unlikely heroes — originally including Captain Britain, his occasional ally policeman Dai Thomas, reporter Kate McClellan and writer Ben Gallagher — being gathered together by the mystical entity known as the Green Knight and empowered to battle the forces of the demonic Bane, their leader the Red Knight and their agents, Francesca Lexley Grace, Chief Executive of the Omni Corporation, and her henchman Dolph.

Captain Britain's participation in the title was minimal, probably because by this time Marvel UK's American parent company were using him regularly in the X-Men-related book Excalibur, so after the first story arc he was effectively replaced in the strip by Union Jack, ironically a character originally created by Marvel US. Here, though, Union Jack was given a new costume clearly inspired by artist Alan Davis's 1981 redesign for Captain Britain, who rarely appeared in the series again until the final battle with the Bane at the end of the first volume. Captain Britain's face, however, continued to appear in the corner box on the cover, presumably because he was considered to be a marketable property.

As the second story arc progressed, the team expanded with the arrival of new character Albion, a superhero from World War I, young Adam Crown (a reincarnation of King Arthur, allegedly) and two established American Marvel characters, Iron Man and the Black Panther. Ultimately, the team defeated the Bane and Grace was freed from their control and joined the Pendragons, while Thomas and McClellan (as well as McClellan's son Cam) left the group (McClellan's lover, Ben Gallagher, did not survive the conflict). The series ended at that point in December 1991.

In January 1992, the title was relaunched as part of Marvel UK's new wave of books sold simultaneously through the direct market in both Britain and America, with the strip being published concurrently in the high street newsagents in Britain in the anthology title Overkill (at least for the first few issues). In 'Pendragon II', Albion, Union Jack, Crown and Grace were joined by two new teammates, Sir Gawain (an android from an Arthurian theme park called Questworld, given sentience by the Pendragon power) and reporter and industrial spy Breeze James.

This new iteration of the book, however, was stripped of most of the ecological themes of the original series and the team were basically treated as bog-standard superheroes, given new costumes (in Union Jack's case, more than one) and a new headquarters in the Green Chapel (they had formerly been based at Camelaird Farm in Wiltshire). They were set against the Mys-Tech Corporation (the major villains across almost Marvel UK's entire new line) who unexpectedly turned out to have been behind the Bane all along! The title was not a success (despite guest appearances from Spider-Man and Death's Head II), lacking much of the integrity of the first series, and ended with #15 in September 1993, with Albion, Gawain and Breeze James having elected to stay and help rebuild a shattered world in another dimension, Adam Crown apparently trapped in yet another dimension with the Red Lord, and Grace and Union Jack returning to Earth.

Albion later resurfaced as part of the Dark Guard, while Union Jack has been reabsorbed into the mainstream American Marvel universe. His time with the Pendragons has rarely been mentioned since. The team did briefly reunite, though, in the limited series Revolutionary War in early 2014. 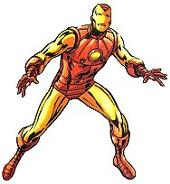 Sir Gawain
Add a photo to this gallery
Retrieved from "https://britishcomics.fandom.com/wiki/Knights_of_Pendragon?oldid=143835"
Community content is available under CC-BY-SA unless otherwise noted.