'Dourdevil, the Man Without a Sense of Humour' was a one-off strip which appeared in Marvel UK's The Daredevils Vol 1 8 in August 1983. Written by Alan Moore and drawn by Mike Collins, it spoofed American writer Frank Miller's then hugely successful version of Marvel's classic hero Daredevil, which was one of the biggest influences on the 1980s trend for dark and gritty superhero stories. It uses, in exaggerated form, many of the elements Miller used to evoke life in 1980s New York. 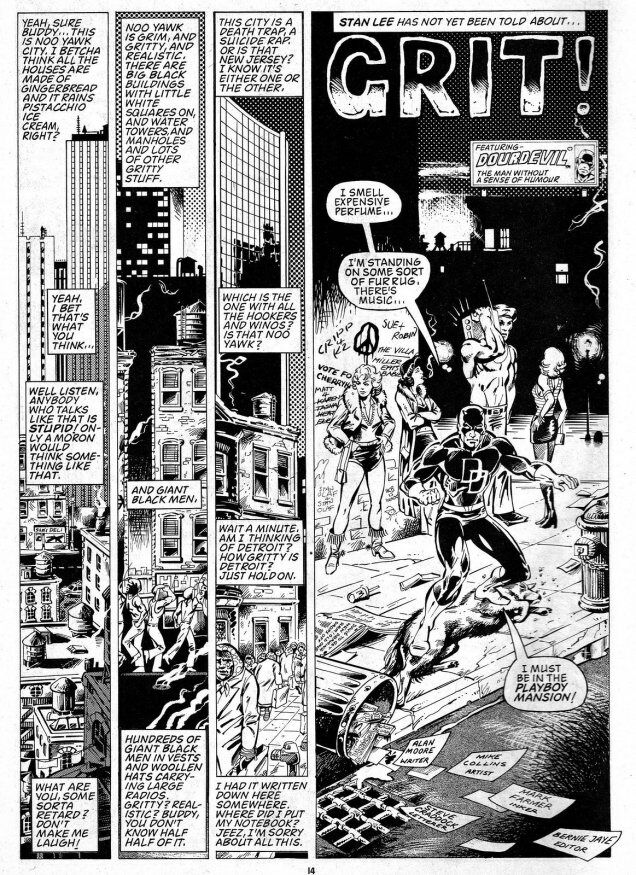 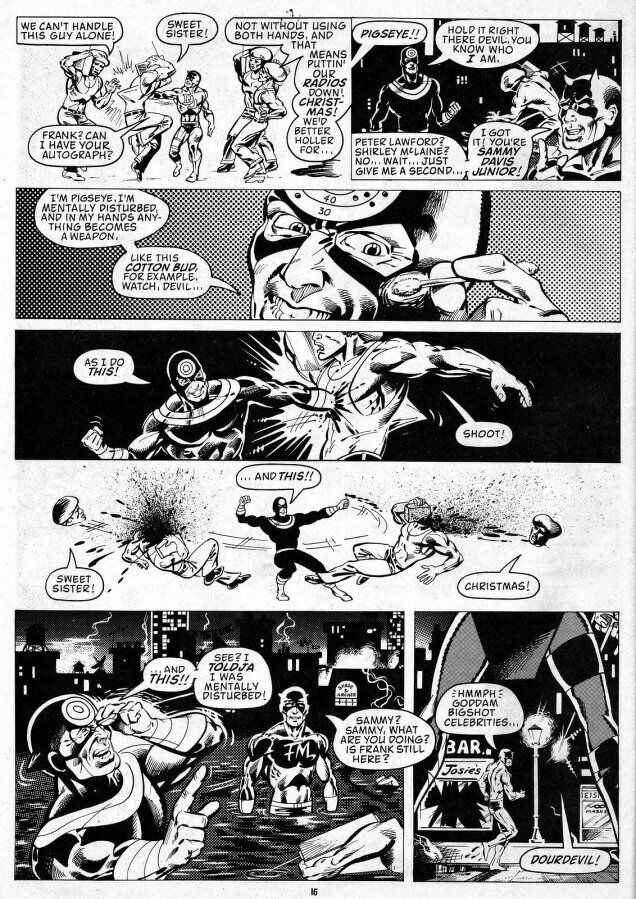 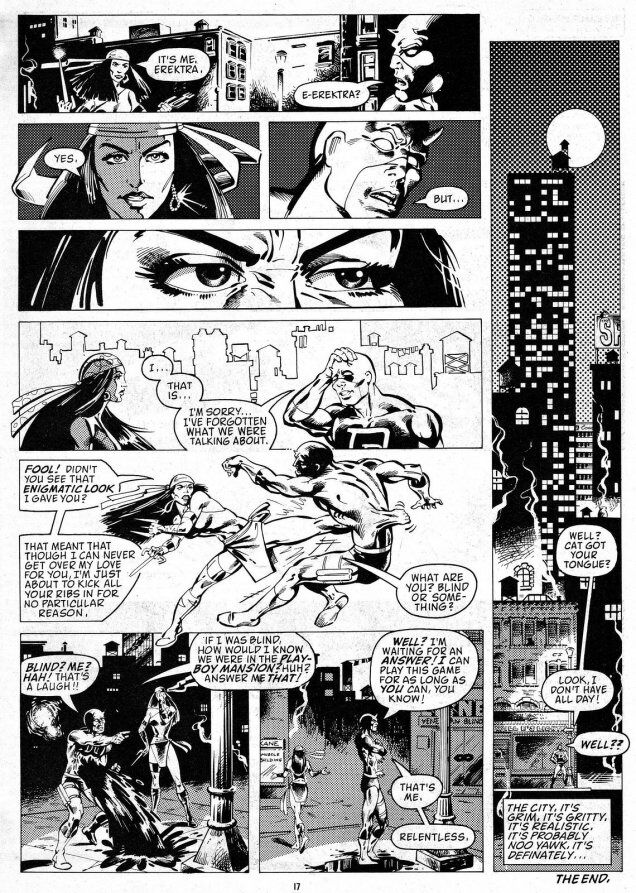 Retrieved from "https://britishcomics.fandom.com/wiki/Dourdevil?oldid=112282"
Community content is available under CC-BY-SA unless otherwise noted.