Start a Wiki
Angela 'Angie' Kincaid (also once known as Angela Mills) is a children's book illustrator who formerly worked in British comics as an artist, most notably on the 2000 AD strip Sláine. She co-created the long-running characters Sláine and Ukko with her then husband, writer Pat Mills. Kincaid also co-created the Skull Swords, the Drune Lords and the strip's setting, Tír na nÓg.

Mills fought hard to get Kincaid recognised as Sláine's co-creator: "The pay-off is that if, one day, Sláine ever makes real merchandising royalties for its creators, it will be Angela — rather than any of the subsequent artists — who is legally entitled to half. She deserved it for all the hard work she put in. Her Ukko is still the best, and she solved all manner of visual problems the reader is not even aware of, because she made the problems disappear." (Source: Thrill-Power Overload by David Bishop.) 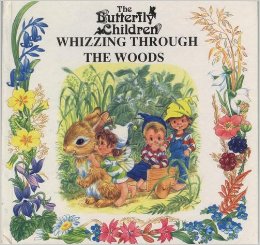 Retrieved from "https://britishcomics.fandom.com/wiki/Angie_Kincaid?oldid=70170"
Community content is available under CC-BY-SA unless otherwise noted.