What's on your mind?

When I was a kid in the 90s I used to read a comic called Cosmic.

It was about these two red outfitted guys in a spaceship that looked kinda like a big red car.

I think the main guy was called Cosmic or Captain Cosmic or something like that. I think his sidekick was called Star and they had a robot duck.

It was basically funny space adventures. The comic had a second story about a girl called Nikki who accidentally bought a time machine second hand. The time machine looked like a race car with a computer in the back and had a hologram called Quark who looked like a tiny astronaut.

I assume the comic was British as I bought it in both Northern and the Republic of Ireland.

One story set on an ice planet called Crystal that's inhabited by intelligent penguins. Might have been an Xmas special.

A story where a space pirate attacks some domed arboritum. The plants save him by generating air when his ship crashes or something so he repays the debt by patching a hole in the dome with his pirate ship.

There was a story with three blob like aliens. One was green and one was blue and googly eyes toys of them came with the comic.

I can find no reference at all to it online and would appreciate it if somebody could help.

Entitled 'Champ/We Are United'....a group of fans of Champ, and in particular the story 'We Are United' discuss British comics, with a focus (so far) on football...Roy of the Rovers, Football Picture Story Monthly, and Striker (including an interview with its creator Pete Nash). Interview with Barry Tomlinson (Lion, Tiger, ROTR, Teenage Mutant Ninja Turtles) coming up.

On all the usual providers Spotify, Apple, Soundcloud, Anchor FM, Castbox, Google, under 'Champ/We Are United'

I'm looking for help in identifying a storyline from the late 1960s or early 1970s.

Does anyone recall a possible single episode story telling the tale of 'the most dangerous man/creature in the universe and his escape from an ultra secure prison cell that couldn't hold him'?

During that timeframe, I was an avid reader of comics such as Wizard and Hornet before graduating to Flash, Green Lantern, Thor and Superman (Bizzaro).

I mention these titles in the hope that this may help identify the source of the storyline that is frustratingly still in my head some 50 years later.

Two stories from comics in my youth had me fascinated. I have no idea which comics they were in, but if anyone can shed any light I'd be so grateful....

1) Metal eating pink sponge things - this strip ran for ages. Earth had been invaded by these bizarre pink sponges that ate metal. If you hit one they'd split into lots of little ones.

2) Something like the "Steel Claw" - some strange metal glove that let the wearer (was it someone called Randall or Crandall) become invisible.

For a bonus point (and I'm really pushing my luck here) there was another story about aliens that moved really fast - so fast we couldn't see them. We thought they were attacking us but they were really just unaware that we were so slow.

Make an old man happy and drop any memories you may have here. It would make my day.

Hello again! It's been a long time.

Today I bring you the Dennis & Gnasher Wiki, the wiki about The Beano's comic strip Dennis the Menace and Gnasher.

The wiki could use a little boost...

Dennis The Menace and Gnasher Wiki@getfandom

Greetings, wherever you are.

I would like to invite you to come visit the Beano Wiki, a collaborative encyclopedia about The Beano, one of the UK's longest running comics. Founded in 1938, it is still active to this day.

My first visit to this wiki was in 2015, and back then, it was a complete mess: a lot of vandalism, Curious George nonsense, and foul language. I noticed there were other alternative wikis, but I only focused on this one. In 2019 I became admin and cleaned up the site, in the hopes of other users coming in to contribute. However, as time passed, I became plagued by three things:

1. My awkwardness at being the only foreigner who knew about the Beano.

2. My impatience at waiting for other users to come.

3. My belief that I always had to watch over the wiki, taking away most of my time.

Due to these three reasons, this year I decided to resign from my position, as I did not see myself as suitable for the role. But I am also disappointed, as I wish I had done better.

I am here, bringing this matter to your attention, because I want someone to take care of this wiki. Someone who cares about this comic, despite the changes it went through over the years. Someone who, despite many people thinking this comic has "lost its essence", deep down knows that it has simply been modernized for a new generation, for better or worse. And if it changed for the worse, then that someone can invite other users to express their opinion about what they don't like about the new Beano without resorting to toxicity.

I hope the person succeeding me will do a better job than I did.

I'm doing academic research into British comics and I want to track this strip down. I think it was reprinted in terminal-phase Battle Storm Force but where and when did it first run?

hi, I'm looking to locate a very funny strip I read once that was a Star Wars/ Aladdin parody with art by Tom Paterson, and it was published as a one-off in a Fleetway publication in the late 70s/ early 80s. There was a splash panel, possibly a cover, with a boy holding up a lamp like it was a lightsabre on the Star Wars poster, and the "Leia" behind him was called "Princess Droopy Draws." The villain was called "Avabanana"!

If anyone can give me any information that might help me figure out where I saw this so that I can track it down, it would be most appreciated.

We need some pages for some Spidey villains. I can create, but if it was up to me, I'd probably go all-out and include villains like Iguana, Swarm and Jack O'Lantern, who aren't crucial to the wiki. So I shall ask the community... which Spidey villains should be included?

NB: I'm not including Black Cat, Sandman, Rhino or Boomerang as villains due to their roles in recent AS-M issues, and Kingpin will probably be included due to his role in Daredevil stories reprinted in MWOM.

or create a page for every Spidey villain giving a bit about their history info, like the Marvel database's character indexes?

Nooooo! When I typed in: https://comics.panini.co.uk/ it said it was... TEMPORARILY UNAVAILABLE!

So, noticed this Forum, and thought I'd write a bit about something on it. On Saturday I bought #1 of Avengers Universe Vol 4 (first A.U. issue I've ever bought - I usually buy Astonishing Spider-Man, Deadpool Unleashed and Mighty World of Marvel) and it's awesome. I'm definetely going to buy #2, and maybe #3 and onwards. I love Jason Aaron's story and Ed McGuinness and Paco Medina's art - even if it is a reprint. But it is an awesome 100-page-special with #1 - #4 of Avengers that I would definetely recommend.

(edited by Ultimantium)
I would like to edit some stuff from a few dw pages and I find myself unable to. Why is that?
(edited by Scottishjamie) 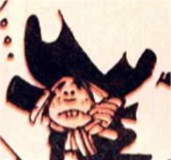 Anyone any information on either of these (may have been different comics)?

(edited by Simond9x)
Anyone have a contact for Brian Forbes the cartoonist who drew Connie?
(edited by Brian Peck)

I am in northern England. This is my first attempt here. Sorry.

On this wiki I can find nowhere to register or login, or do we know each other only as IPA codes?

Is anythere a reasonably detailed synopsis of what happened in Tor Cyan's adventures? Due to nearby comic shops closing or moving about, I have largely lost touch with the 2000 comic and its stories.

I collect jazz fiction and I am interested in finding jazz themed series within comics.

I have a full set of 'Kid Laine - Jazz Drummer' from Rover in the late 50s, a couple of issues of Champion featuring 'Ginger Nutt and his Hot Rhythm' from 1951 and have been told that Hotspur carried a series 'Sound that Horn' featuring boy trumpeter 'Cowslick Carter'.

I would be grateful for any details about the Hotspur series (issue numbers, dates etc.) or any info about others not mentioned above.

(edited by A Fandom user)

Just picked this up off ebay, bit tatty but no worries. Weird thing is that the inside cover is blank - they always used the inside front and back covers for the story and the comic definitely has no pages missing but the first inner page is No3 (as usual) but no splash page no 1 and page no 2 on the inside cover. End of the last story is also missing. Looks like a printing error.

Anyone know if this affected every issue printed or do I have an unusual one on my hands?

(edited by A Fandom user)